(Joseph P. Farrell) Just when you thought it was safe to revisit the subject of Antarctica, or perhaps, even thought it was the one safe place on Earth to vacation – perhaps lounge on the shore and throw in your fishing line, or have a nice leisurely ski vacation, or maybe just to sit by the fire, enjoying a good book and a brandy and cigar – the place seems to defy sense. It refuses to go away or walk quietly off the stage. Just when you think the curtain has gone down on all the high strangeness there, strangeness struts onstage again.

But this one may be even stranger than strange.

In fact, it’s so stranger that when people sent me various articles about it, I didn’t believe it. But then I found something that confirmed the wild articles people were sending me on a government website. But when I read the website, I not only said “You’re kidding,” but I made an exact print out of it, to make a picture, so I can post it here along with the link, should said government decide to live down to its reputation as perfide Albion and remove its posting. To use the colloquialism, I was gobsmacked when I read it. So, with a big “thank you” to all of you who found this story, without further ado, the link…

Source: Antarctica Just Became Even Stranger… | Stillness in the Storm

(Bankster Slayer) “Bob, they’re after me.”— Secretary of Defense James Forrestal to future secretary Bob Lovett in Hobe Sound, Florida in April 1949. At this sixth episode in our Antarctica saga, it might be helpful to take a step back and view a timeline of important events that are either specifically connected to Antarctica or are connected to parallel world events. As this jigsaw puzzle continues to come into view, it is important to see how some events that you might never have considered to be related to our southern continent just might, after all, be entirely connected…

Source: Antarctica: The Rockefeller Connection | Stillness in the Storm

Mass Evacuation Of Antarctica Happening Just Now. All Civilians and Scientists Being Flown Out. This comes as the Russian navy is on its way to Antarctica, why are they sending a entire fleet of armed ships there? He also learned that the military was preparing to remove anything from Antarctica and that everything was surrounded by secrecy Hummmmm I wonder if some sort of ultimatum was laid down to world leaders ( hence the elite rushing to Antarctica ) , and that ultimatum was not met.Whistleblowers are exploding our concepts of history. Is there an ancient advanced civilization under the glaciers of the South Pole? Has extraterrestrial technology created a divide in the military branches? Who controls space?…

Source: This is Big-Big! The ‘Event’ Is Coming Soon: Latest Antarctica Conspiracy and the Trump Connection Will Blow Your Mind (Videos) | Paranormal

The Head of the Department of Homeland Security has just again confirmed that the wall between Mexico and the United States will be completed in 24 months from awarding the Construction Contracts – which should be in April.This means that this wall – opposed by Illegal Aliens and Elite Satanic NAZIs and their Fake News reporters – will be completed by April 2019. Those who do not oppose the wall are those who work for a living and do not suck off of a Government Paychecks.Along with that will be the Deportation of between 10 to 20 Million people who came here illegally and then had what is called “Anchor Babies”…

Source: DR WILLIAM MOUNT: Wall To Be Completed In 24 Months

If we have been keeping up with the alternative news surrounding the disclosures of Antarctica, a CBS report on the subject may not come as a surprise. However, if we haven’t the subject may seem a bit ambiguous. Let’s cover the background of these Antarctic reports.

By now, many of us have gotten used to strange reports about numerous high-profile personalities flying down to the Antarctic continent. Personalities such as Secretary John Kerry, former President Obama (allegedly), former NASA astronaut, Buzz Aldrin and many others have, for some odd reason, decided to fly down to this arctic wasteland at virtually the same time…

Source: CBS News is in Antarctica for a Series of Disclosures on… “Climate Change” » The Event Chronicle

END_OF_DOCUMENT_TOKEN_TO_BE_REPLACED

(Joseph P. Farrell) Ok folks, things just became even more bizarre regarding the Antarctica Strange Visitors Sweepstakes. May we have the envelope please… ?

And the next visitor to Antarctica is…………….. The Russian Baltic Fleet! (Applause)…

Source: And the Next Visitor to Antarctica is … | Stillness in the Storm

(Dr. Joseph P. Farrell) 2016 closed in its final months and weeks with a series of very weird stories about Antarctica. First, we saw the Patriarch of Moscow, Kirill III, visit the continent, ostensibly to bless the Russian Orthodox chapel at the Russian bases there. As I pointed out at that time, that story just didn’t sit entirely comfortably with me, as any Orthodox bishop could have done that. Why get the Patriarch involved? Following his visit, there were stories on the internet that the Saudis(!) had found something at the Grand Mosque in Mecca, which they turned over to Russia (for some not adequately explained reason) so that the Patriarch could take whatever it was to Antarctica and perform “ancient rituals” over it and remove it from endangering The Rest of Humanity…

(David Nova) A nexus of strange events and information regarding Antarctica, including predictions by Clif High, suggest that some type of disclosure may indeed be on the horizon. However, will this be a controlled disclosure?

Is there anything quite as fascinating as the idea of a lost civilization buried beneath the polar ice of Antarctica? It stirs the imagination. Indeed, the lost civilization of Antarctica has been the focus of many a tale.
Cult-horror author, H. P. Lovecraft, wrote a novella, At The Mountains of Madness, about a disastrous expedition to the Antarctic continent in 1930, which discovered ancient alien ruins and a dangerous secret – part of his larger Cthulhu Mythos.
“Lovecraft had been fascinated with the Antarctic continent since he was at least 12 years old, when he had written several small treatises on early Antarctic explorers,” biographer S. T. Joshi wrote.[6]

Richard E. Byrd‘s first expedition took place in 1928-1930, right before the novella was written, and Lovecraft mentioned the explorer repeatedly in his letters, remarking at one point on “geologists of the Byrd expedition having found many fossils indicating a tropical past”.[9] Lovecraft’s fictional expedition was modelled after Byrd’s.[10]
Between 1946 and 1947, Byrd and his team carried out a large-scale operation called “HighJump”, during which he discovered and mapped 1,390,000 km² of the Antarctic territory. This US Navy operation included 4,700 men, 13 ships, and 33 aircraft. One piece of evidence suggesting that the Earth is hollow is Admiral Byrd’s alleged diary from 1947.

END_OF_DOCUMENT_TOKEN_TO_BE_REPLACED

Ben walked right up to the line but did not cross it.

His intel is very, very similar to what Corey and I reported in ENDGAME II, which he acts as if he is unaware of and hasn’t read. Perhaps he hasn’t, but he should as it is incredibly corroborating what he said, before he said it:

He’s mentioning a partial revealing of the secret space program and something big and ET-related in Antarctica.

The only difference is that he is saying here that a traversible wormhole will be the attraction to Antarctica, whereas our intel is saying it will be Atlantis-style ruins that have been dug out. They will apparently be presented as a last-ditch move for the Cabal to save themselves after war crimes tribunals have already started.

The wormhole aspect may also be correct. We cannot confirm the destruction and / or takeover of the underground bases but are not being told everything either, and it absolutely fits in with the overall picture we are hearing about.

I am working on another article and expect to have it up fairly soon, as in a few days tops. This new intel from Ben will definitely be part of it.

One “sneak preview” of the new article that is HIGHLY significant is it is POURING rain in California right now. We are experiencing something they are calling an “Atmospheric River,” and are in the second of what will probably be four waves.

END_OF_DOCUMENT_TOKEN_TO_BE_REPLACED

(Stillness in the Storm Editor) I cannot confirm if the reports offered below are accurate. Discernment is advisable. And if anyone does have any data to confirm or deny this information, please send it to me.

A computer hard drive that belonged to the Clinton Foundation was stolen back in 2009.  It contained information related to the ‘pizzagate & pedogate’ pedophilia network, including billionaire Jeffrey Epstein’s pedophile island, also information about Hillary Clinton selling chemical weapons to Iraq.  Which was a false flag operation to give the USA Corporation a reason to go to war with Saddam Hussein in Iraq.  This hard drive is now in the hands of the agency White Hats and the contents of this hard drive are scheduled to be released through Wikileaks headed by Julian Assange.

END_OF_DOCUMENT_TOKEN_TO_BE_REPLACED

Simon’s biological mother worked for the British Security Service, often called MI5 between 1965 – 1979. However while she was managed by British Intelligence she was in fact working “jointly” for the National Security Agency (NSA) of America. Her job was to type out documents that related to crashed ufo craft that had come down all over the Earth’s surface and had then been retrieved by American special forces/recovery teams.

END_OF_DOCUMENT_TOKEN_TO_BE_REPLACED 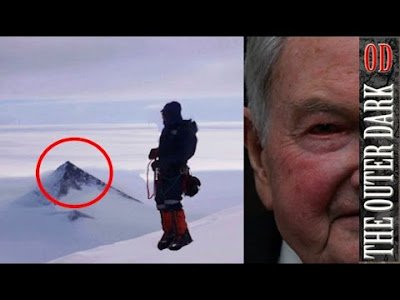 Have the elites found something in Antarctica? Why are so many going there? Why did John Kerry visit Antarctica? #NWO #JohnKerry

Related The Nazi Antarctic Fortress: Base 211 and Operation Highjump

In the wake of my blogs about the strange goings on in Antarctica lately, several people shared more information about the southern polar continent’s list of visitors, and a very strange list it is indeed. And I thought I’d pass along their findings to the readership here, along with a few remarks…